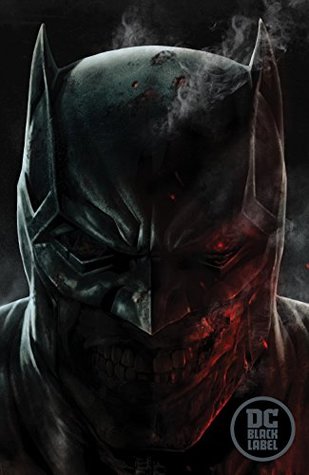 I've been intrigued by this series ever since it was announced. I have to say that the art is just... wow! There's no denying the talent on display. It is just so atmospheric and beautiful. You feel the eerie creepiness of the city, of Bruce's visitations, of a world just slightly out of kilter. I loved looking and analyzing each panel.

The story seems interesting but the narrator's voice is gratingly clawing. I didn't like it. He's not effortlessly cynical despite his efforts and I feel that failed the book in parts. At times, I just wanted to skip ahead to the actual story rather than wallow in the pandering. Some of the text felt like fillers - others, like they portended the doom that is undoubtedly going to befall the characters in the book.

My biggest grouse with the book is that it implies that Thomas and Martha Wayne were not the idyllic, happy couple we are used to reading about in most Batman comics. I am all right with the need to humanize these veritable demi-gods, but come on, do something original for goodness' sake. If it's all the safe, cliche option, then there's nothing refreshing about it.

Other than that, this seems like an interesting route to take the character. The first issue wasn't as violent or gory as I had expected, but they'll probably up the ante in the coming issues. I hope they don't overdo the gratuitousness, because that would be unnecessary.